When you have a fireplace or wood stove at your home, getting a gas cowl is a viable option. It is an accessory for a chimney which has multiple benefits. People tend to overlook its profits, regarding it as a mere addition rather than an aid. The truth, however, is slightly different. A gas cowl has an impact on various aspects which include financial as well as the health of your family. Keeping these factors, one must opt for a gas cowl which can eliminate any possibilities of risk.

What Are The Advantages Of Using Gas Cowl?

When a wood stove is burned within your house, it produces hot air and fumes which should be drawn outside as soon as possible. It has been an argument that chimneys are capable of doing this part on their own. To be honest, most chimneys are slow which results in sluggish withdrawal of fumes. Gas cowls, however, assist in getting the hot air and fumes efficiently drained through the chimney. It has been proven that certain types of gas cowls are proficient in drawing toxic air and fumes at a much rapid rate.

To understand this point, the explanation of downdraught is required. Downdraught is a condition when heavy winds in a particular area force the smoke and fumes back into the chimney. As you might have known by now, downdraught can be a problematic situation. It can build an unhealthy environment within your home. To reduce any chance of downdraught, you can use the gas cowl. It prevents fumes and toxic gas from returning and saves you from dangerous carbon monoxide exposure. These gas cowls are known as anti-downdraught cowls. But to install such gas cowl, you need professional help and in this case, you can hire some trained professionals to do so.

It is certain that a chimney is exposed to various climatic conditions. It includes rain and snow, which can enter the chimney without any sort of difficulties. It might not appear as a problem in short term. But it reduces the efficiency of a chimney in the longer run. Therefore, to protect a chimney from these weather conditions you can install a gas cowl. It is responsible for eliminating any chance of water damage. It also prevents the inner part of your stove from rusting. Although the water evaporates when the stove is burning, in summer it can prevail and damage inner parts.

For years, chimneys have been blocked by birds who enter or build their nest inside the ducts of the chimney. It has become a common trend as birds find the space perfect for their habitat. Sometimes birds can fall all the way to the wood burner itself. It is an unpleasant thing to happen which can be prevented. Also, birds can block the passage of fumes and gas which can lead to an explosion in worst cases. To stop these events from happening, a gas cowl must be installed. Gas cowls have a smaller aperture which eliminates any chances of birds blocking.

These points clear the fact that a gas cowl has more to it than just being an accessory. It can reduce harmful effects of fumes and increase the efficiency level of your chimney. 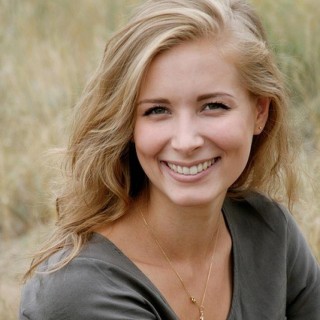 My name is Zoe Sewell. I am a professional writer to share my blogs and ideas about Home improvement, Health, Business and Fashion related helpful information to gain knowledge to other readers.